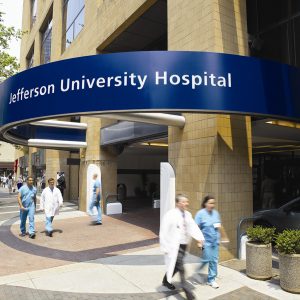 Scheduled to close in September, Hahnemann University Hospital launched its Transgender Surgery Program in 2016 and its year-long fellowship training program for surgeons in 2017. Both cutting edge programs have been under the direction of gender surgeon, Dr. Kathy Rumer. 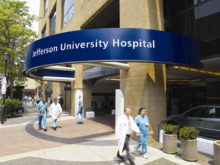 Thomas Jefferson University Hospital is now partnering with Rumer to open a “multi-disciplinary gender center” for LGBTQI people and their health care needs. Services will include psychiatry, endocrinology, preventative care, primary care, voice therapy and more. The new center will also commit to researching medical issues relevant to the community, she said.

The Transgender Surgery Program is already up and running at Methodist Hospital, a facility in South Philadelphia that is part of the Jefferson Health system.

The fellowship training program previously at Hahnemann will go on hiatus until it re-opens at Thomas Jefferson University Hospital next summer. (There will be no 2019-20 fellow due to the move.)

Rumer chose the Jefferson Health system due to their stellar academic standing, research capability, financial viability, and their commitment in supporting the transgender community. The facilities at Methodist Hospital are also impressive, with brand new operating rooms and patient rooms.

The partnership in the new gender care center and re-establishment of the transgender surgery program and fellowship training at Jefferson is a welcome development in the chaotic climate of Hahnemann’s closure, which has put the careers of more than 3,000 staff, nurses and doctors on hold.

It’s that time of year again: transgender and non-binary folks and allies are making their way this week to Philadelphia for the Philadelphia Trans Wellness Conference (PTWC), being held July 25-27, 2019. Now in its 18th year, PTWC is the largest free trans conference in the world, drawing over 10,000 attendees in 2018, an increase of more than 40% compared to the previous year. At this year’s PTWC, attendees will have the chance to hear from many surgeons who have dedicated their careers to transgender surgery. Here’s a rundown of the surgeon-led sessions.