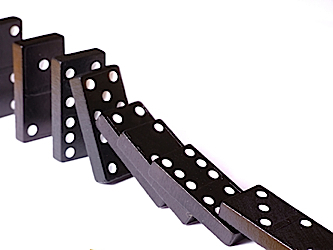 The DMHC letter directs health plans to remove benefit and coverage exclusions related to gender transition as well as limitations based on gender identity or gender expression. This development should ensure parity in coverage, and significantly increase medically necessary services available to transgender people.

The new Director’s Letter also allows transgender people to access DMHC’s Independent Medical Review (IMR) process if a health plan denies a specific medical service or treatment. Before the Director’s Letter, transition-related care was classified as a coverage exclusion and was ineligible for the independent medical review.

The announcement of this bulletin (B-4.49) means that in order to comply with current Colorado statutes prohibiting discrimination based on sexual orientation and transgender status, health insurance plans sold in Colorado can no longer:

Vermont’s Division of Insurance, under the Department of Financial Regulation (DFR), issued a bulletin effective April 22, that directs insurance companies to end the practice immediately, and explicitly states that all insurance plans submitted for Vermont’s Health Benefit Exchange are also disallowed from using these discriminatory exclusions.

The bulletin prohibits a health insurer from implementing blanket policy exclusions for transition-related care. Insurers will still be allowed to evaluate the medical necessity of any given treatment on a case by case basis, much like they’d evaluate any other insurance claim.

Today, the District of Columbia advanced the rights of the city’s transgender community by prohibiting discrimination in health insurance based on gender identity and expression. Mayor Vincent C. Gray announced the Department of Insurance, Securities, and Banking (DISB) is issuing a bulletin to District health insurance companies addressing the application of anti-discrimination provisions in the insurance code, including recognizing gender dysphoria, or gender identity disorder, as a recognized medical condition.

This action follows DISB’s March 15, 2013 bulletin notifying health insurers to remove language that discriminated on the basis of gender identity and expression from their policies and permit those with gender dysphoria to obtain medically necessary benefits. Today’s action goes one step further in protecting this community’s health insurance rights by affirming that gender dysphoria is a recognized medical condition and thereby treatment, including gender reassignment surgeries, is a covered benefit.

Starting this year, both MassHealth and the state’s private insurance companies will begin offering coverage of transition-related care for the state’s transgender residents.

“If [an insurance] carrier refuses to cover medically necessary treatment because the insured failed to conform to the carrier’s idea of how a man or a woman should look or behave, then the insured has been discriminated against based on the individual’s sex,” the guideline reads in part. “Thus, denying medically necessary treatment based on an individual’s gender identity or gender dysphoria is prohibited sex discrimination under Massachusetts law.”

“Therefore, the Division has concluded that excluding coverage for gender identity or gender dysphoria-related treatment will be considered prohibited sex discrimination because it would be a limitation on coverage based on the sex of the insured,” concludes the directive.

Delaware’s insurance bulletin states that under the Delaware Unfair Trade practices act, insurance plans sold in Delaware may not maintain “any blanket policy exclusion” for transition-related care. Plans also may not “deny, exclude, or otherwise limit coverage for medically necessary services” for gender transition if those services are covered for other medical conditions.

Pennsylvania’s guidance is based on the state’s longstanding law against unfair insurance practices, as well as federal law and regulations prohibiting gender-based discrimination. It states that in order to comply with these laws, insurance companies have to get rid of categorical exclusions that say that transition-related care is not covered. The guidance also says that insurance companies also can’t refuse to cover a service like surgeries or hormone treatments simply because it’s being used to help someone transition.

Which state will be next? Check back for updates!