Dr. Richard Santucci, MD, FACS is an expert in Reconstructive Urology who has devoted his career to transgender surgery after spending 18 years as one of the nation’s most distinguished academic Reconstructive Urologists. Dr. Santucci joined the practice of Dr. Curtis Crane in January 2018, working out of the Austin location of the Crane Center for Transgender Surgery. Dr. Santucci’s deep experience with complex genitourinary surgery uniquely positions him to excel at the most technically challenging gender affirming procedures, such as Phalloplasty and Vaginoplasty.

Penile Prosthesis Placement by a Dedicated Transgender Surgery Unit: A Retrospective Analysis of Complications
Brenna L Briles, Ravyn Y Middleton, Kenan E Celtik, Curtis N Crane, Michael Safir, Richard A Santucci. J Sex Med. 2022 Mar 1;S1743-6095(22)00552-5.
We demonstrate that preoperative conditions of the neophallus, such as prior stricture correction, and perioperative factors, such as simultaneous clean and clean-contaminated procedures, seem to pose no additional increase in complication rates, but we did notice a markedly lower rate for semirigid prostheses compared to inflatable. Our data suggest that surgical experience may further decrease complications over time.

What urologists need to know about male to female genital confirmation surgery (vaginoplasty): techniques, complications and how to deal with them.
Drinane JJ, Santucci R. Minerva Urol Nefrol. 2020 Apr;72(2):162-172.
Currently, there are no absolute contraindications to vaginoplasty in a patient who is of the age of majority in their country, only relative contraindications which include active smoking and morbid obesity. Important complications include flap necrosis, rectal and urethral injuries, rectal fistula, vaginal stenosis, and urethral fistula.

What urologists need to know about female-to-male genital confirmation surgery (phalloplasty and metoidioplasty): techniques, complications, and how to deal with them. [FULL TEXT]
Jun MS, Crane CN, Santucci RA. Minerva Urol Nefrol. 2020 Feb;72(1):38-48.
This review will discuss the surgical elements behind metoidioplasty and phalloplasty, and the diagnosis and treatment for the most common postoperative issues.

Established and experimental techniques to improve phalloplasty outcomes/optimization of a hypercomplex surgery. [FULL TEXT]
Carter EE, Crane CN, Santucci RA. Plast Aesthet Res 2020;7:33.
In the setting of no established “gold standard”, this review seeks to describe the components and staging of phalloplasty, with an emphasis on established and experimental solutions to the most common and vexing problems.

Urethral stricture after phalloplasty. [FULL TEXT]
Jun MS, Santucci RA. Transl Androl Urol. 2019 Jun;8(3):266-272.
The most common complications after Phalloplasty surgery are urinary, mostly comprised of urethrocutaneous (UC) fistulas and urethral strictures. Improvements in surgical technique have driven down complication rates over the past few decades. Despite these innovations, complication rates remain high, and transgender surgeons must be well versed in their diagnosis and treatment. Over the same time period, gender affirming surgery has seen unprecedented growth in the United States. Phalloplasty surgeons are few, and their patients often travel great distances for their index surgery. As such, locally available reconstructive urologists will be called upon to treat these complications with greater frequency and must be proficient in diagnosis and treatment to help these patients achieve a good outcome.

Cultural Considerations Regarding Glansplasty.
Nolan I, Crowe CS, Massenburg BB, Massie JP, Santucci RA, Morrison SD. Plast Reconstr Surg. 2018 Sep;142(3):427e.
A variety of flaps have been pioneered to meet the goals of Phalloplasty and many of them allow for glansplasty to approximate a corona. However, not all transmale patients may desire the appearance of a circumcised phallus after glansplasty. Although construction of foreskin is not currently an option, foregoing glansplasty is certainly possible and can more closely resemble an uncircumcised penis.

The Rise of the Neophallus: A Systematic Review of Penile Prosthetic Outcomes and Complications in Gender-Affirming Surgery.
Rooker SA, Vyas KS, DiFilippo EC, Nolan IT, Morrison SD, Santucci RA. J Sex Med. May 2019.
This is the first study to aggregate all reported penile prosthesis characteristics and outcomes in trans masculine patients. Prosthesis implantation in gender-affirming operations poses significant risk of complication, but it is still a reasonable and useful method to achieve rigidity necessary for sexual intercourse. There is a great need for a prosthesis designed to meet the specific needs of the trans masculine patient after phalloplasty.

Review: Urethral Complications After Transgender Phalloplasty: Strategies to Treat Them and Minimize Their Occurrence [FULL TEXT]
Richard A. Santucci, Clinical Anatomy, 2018 March, 31:187–190
Radial forearm free flap phalloplasty (RFFP) is associated with a rate of urethral stricture as high as 51%, which falls only to 23-35% even among the most experienced contemporary surgeons. While some modifications have been proposed to combat this high complication rate, it still remains a major source of lasting morbidity. The method involves literature review of RFFP literature. Lowest stricture rates are found when neourethra is made with a long, meticulously constructed tube of well-vascularized perivaginal/periurethral and labia minora tissue. In cases of urethral stricture, urethroplasty is required in 94-96% of patients. Surgery should be delayed until all acute inflammation has subsided. Urethroplasty is technically challenging and fails in up to 50% of cases. Repeated surgery or salvage urethral exteriorization procedures, which can leave the patient with lifelong perineal urethrostomy, are often required.

Looking for the full-text version of an article? Try searching at Sci-Hub. 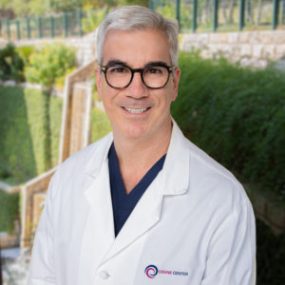