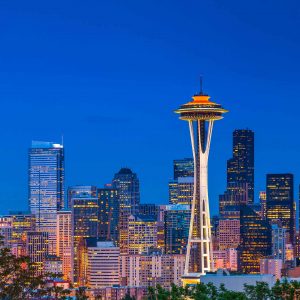 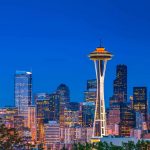 From coast to coast, there’s been a big boom in the development of transgender surgery programs in the United States in recent years. The growing demand for gender affirming surgeries, greater access to funding and the increasing number of surgeons offering these procedures are all attributing factors. Given that these conditions can also be met in Washington state, could this mean that Seattle is primed to become the next transgender surgery hub in the country?

There’s a long history of trans health advocacy in Seattle. A great example is the Ingersoll Gender Center, founded in 1977. Ingersoll has been building community, providing resources and advocating for trans people in the Puget Sound region for over four decades. Seattle also has one of the few surgeons in the country who can claim more than 20 years of experience working with transgender patients, Dr. Tony Mangubat. Gender Odyssey, the popular annual conference, has roots in Seattle that go back almost 20 years. There’s been a heightened awareness of the need for trans health care in Seattle for many years, which has helped give Washington a trans-friendly reputation.

“One of my patients had moved here because he’d read online that Washington is a very trans-friendly state,” says Dr. Kevin Hatfield, a family medicine physician at The Polyclinic Downtown and a frequent Gender Odyssey presenter. “He wanted to transition here because he couldn’t afford to do it where he was living.” 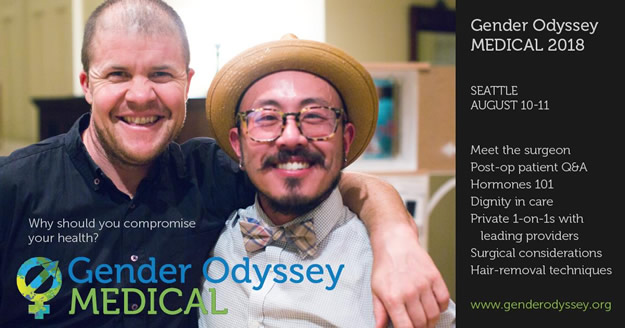 The growing need for gender affirming care in the Pacific Northwest was a driving force in the development of Gender Odyssey’s new 2-day medical and surgical program, GO Medical.

“Each year, more and more people are crowding into the medical care and surgical sessions. We are responding to this demand,” wrote conference founder Aidan Key on the Gender Odyssey website.

Washington is one of several states that has banned anti-transgender discrimination in health insurance. The Washington state insurance commissioner mandated that all health care insurers in the state must cover transgender care in 2014. “In choosing a place to live, patients want to go where they will not be judged and where their insurance will pay for their care,” says Dr. Hatfield. The Apple Health (Washington Medicaid) Transgender Health Program’s coverage includes gender affirming surgeries.

“It does seem easier to access and afford gender-affirming surgeries,” said Dr. Marie Crandall, a surgery professor at the University of Florida College of Medicine in Jacksonville. “With acceptance comes awareness and improved access to care.”

This sentiment is echoed by Dr. Javad Sajan, one of Seattle’s top plastic surgeons. “The surge is happening now because there is an increase in awareness and acceptance,” he said via email. Dr. Sajan is one of a growing number of surgeons in Washington who accept insurance for transgender procedures.

Despite coverage improvements, the lack of providers who accept Washington Medicaid and Medicare creates a challenge. Currently, less than a handful of surgeons accept Medicaid, including Dr. Manish Champaneria. Based in Vancouver, Washington, Dr. Champaneria is also one of the only providers in the state known to accept Medicare for transgender surgeries at this time.

Brandyn Lau, director of quality and research for the Johns Hopkins Center for Transgender Health in Baltimore, believes that an increase in the supply of available surgeons has driven the rise of gender affirming surgery.

Despite a good number of surgeons that offer FTM Top Surgery in Washington, as well as body and Facial Feminization procedures for trans women, the provision of “bottom surgeries” is still a patchwork affair.

Dr. Hatfield, who has one of the largest panels of transgender care patients in the Puget Sound region, recognized the need for specialty care for his patients and reached out to Polyclinic colleagues Dr. Emily Bradley, a urologist and Dr. Rebecca Kulgren, a gynecologist. Dr. Bradley now offers Orchiectomy surgery in Seattle as well as urological care for trans patients, and Dr. Kulgren offers Hysterectomy and gynecological care.

However, there’s only one place in Washington state that currently offers Vaginoplasty: Pullman—a 33,000-population town that’s eight miles from the Idaho border in eastern Washington. (Top Surgery and Hysterectomy are also performed in Pullman.) Pullman Regional Hospital’s Dr. Geoff Stiller, who faced an uphill battle to get hospital approval to perform the procedure, called the public debate about the issue “bruising.”

While ultimately successful, the bid to offer Vaginoplasty in Pullman is “a drop in the bucket,” says Danni Askini, director of the Gender Justice League. “There’s a huge backlog of people waiting to get access to care.” She estimated 30-40 people a month are wanting surgeries in the Seattle area, and Pullman Regional Hospital plans to offer just two surgeries per month. Travel is also a barrier to those who live in Western Washington.

Transgender men have to leave the state altogether to access bottom surgeries as there are no providers in the state offering these procedures. Oregon Health Sciences University in Portland, Oregon is the only regional option for Metoidioplasty and Phalloplasty surgeries. Many trans men also travel to centers in California or Arizona for surgery.

But this could be changing.

In 2015, Gender Justice League announced that they were working with the University of Washington Medical Center to expand their surgical programming to include transition related surgeries.

Dr. Shane Morrison, a resident in Plastic and Reconstructive Surgery at the University of Washington, maintains a strong clinical interest in microsurgery and gender affirming surgery. If his recent output of research is any indication, Dr. Morrison is well on his way to becoming a provider of Phalloplasty and other transgender surgeries.

University of Washington Urology Chief Resident Geolani Dy, MD, is completing her fellowship training at NYU where she will work with reconstructive urological surgeons, prosthetic urological surgeons, and plastic surgeons to learn techniques for Phalloplasty, Metoidioplasty, and Vaginoplasty, none of which are performed anywhere in Seattle. As a urologist with advanced training in gender affirming surgery, Dr. Dy will also be able to provide management of post-operative urological complications. She hopes to return to the west coast after her fellowship training. UPDATE: Dr. Dy joined the OHSU Transgender Health Program in summer 2019.

Additionally, Virginia Mason Medical Center in Seattle launched their transgender health program in September 2017. The plastic and reconstructive surgery team at Virginia Mason currently offers Top Surgery and Facial Feminization Surgery. While developing a comprehensive transgender program that includes genital surgeries is a complex endeavor, it’s not outside the scope of Virginia Mason’s mission to provide high quality transgender care and they have put together a multi-disciplinary team that includes plastic surgery, gynecology and urology specialists.

Whether Polyclinic, UW or Virginia Mason go on to develop comprehensive surgical programs that include all gender affirming genital surgeries remains to be seen. Nevertheless, it’s exciting to think that these developments could finally help put Seattle on the national map of comprehensive trans health care programs. Indeed, the conditions to vault Seattle into becoming the next trans surgery hub are ripe.